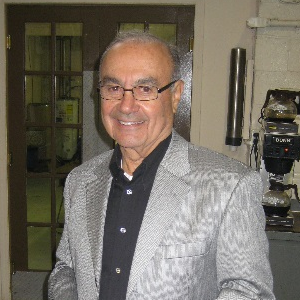 BMS Team Member Since: Without him there wouldn’t be a BMS!!
In Broaching Industry Since: Birth!

Although BMS’s parent company, Machinery and Equipment Exchange was incorporated in 1946, it was Lee that launched the BMS division in 1962.

After graduating from the University of Michigan in 1959, our founder joined the United States Air Force, where, for 8 years, he proudly flew jet fighter planes in defense of our freedom and way of life.

Mechanically minded and not afraid to get his hands dirty, his love of machinery started when he bought his first car, a Ford Model-A, for which he paid $45! A real fixer upper to be sure!!

After launching BMS from what had previously been a used machine dealership, Lee put his love of machines and mechanical systems to work, first by rebuilding used broaching machines with his own two-hands and later to creating the concepts for the 6 BMS standard lines of durable and easily serviced broaching equipment as well as special machines for unique broaching applications.

His innovative fixture and machine designs are still widely used at BMS and throughout the industry to this day.