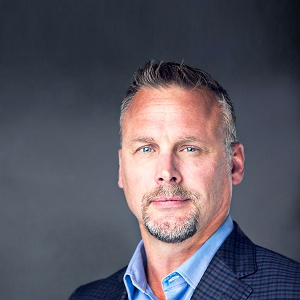 Bill’s education includes a Bachelor of Science degree from the University of Michigan, Ann Arbor and a MBA from Wayne State University, earning honors from both schools.

Immediately after graduation from the University of Michigan, Bill went to work for BMS. Broaching is in Bill’s blood as his grandfather was employed by Detroit Broach during the 60s as an O.D. grinder. After successfully completing training rotations through Machine Building, Hydraulic / Electrical Systems, Mechanical Design and Cost Estimating; Bill was promoted to a Sales Engineering position. Despite an offer from the United States Air Force to attend flight school in San Antonio, Bill decided to stay aboard with the BMS team as he could see the potential with BMS. Four years later Bill was promoted to Sales Manager.

During his tenure as Sales Manager, sales revenues experienced solid double digit growth from 1992 through 2000. One of Bill’s greatest success’ was penetrating the Chinese market by placing BMS’ first remanufactured and new machine systems into the Peoples Republic of China.

In the fall of 2000 Bill left the Machine Tool Industry joining the Tier One supply base working for both Visteon and Lear Corporation who are both leading suppliers of automotive components. As a Senior Commercial Account Manager Bill found success developing business relationships, winning new business and greatly improving returns on current programs. Bill’s product portfolio included interior products such as Instrument Panels and electronic products such Body and Security Modules.

After 8 plus years in the automotive industry Bill rejoined Broaching Machine Specialties in 2009 as Sales Manager. Bill’s challenge will be to increase sales revenue by developing new markets, further development of the external sales representative network and perpetuating the existing customer base.